Our residential session offers an enormous opportunity to learn new cutting-edge information and research from leading authorities. One of our strengths is our faculty!

ALL instructors, whether they have written online classes or are teaching residential classes are not only certified by The Bureau For Private Postsecondary Education. They are also exciting presenters bringing a wealth of information and knowledge from their private practice to the classroom. 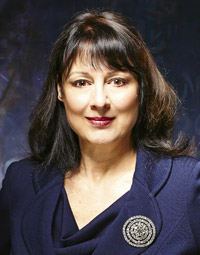 Theresa’s path became evident when she healed herself of a uterine tumor at 22 using natural methods. Since Europe is well known as the leader in alternative medicine, Theresa Dale chose to complete her Naturopathic Studies in U.S.A. and Europe. The residential training awarded her a PhD in Naturopathic Sciences and Naturopathic Doctor degree (1988) at Clayton University, St. Louis, Mo, which closed in 1989. Clayton University’s prestigious Board of Directors included pioneers and experts such as Linus Pauling, and many other noted authorities. Dr. Dale has also earned the title as a Certified Clinical Nutritionist from the International Association of Applied Clinical Nutritionists.

While attending a professional conference and training in France and Germany, Dr. Dale was exposed to Chernobyl radiation and became ill. After diagnosis, she fled to Switzerland where they monitored the radiation on the Alps and the ground every 15 to 30 minutes. She treated herself with homeopathic medicine to help neutralize and detoxify. The food and water was contaminated so she could not totally heal herself. Two months later, she returned to the United States to continue to heal her thyroid and liver, which took approximately one year using all natural methods.

Due to Theresa’s advanced training in traditional European Naturopathy, she has practiced Traditional Naturopathy, Homeopathy, Herbology and Clinical Nutrition in California according to CA SB 577 and before that in Austin, Tx. Even though Theresa has earned a Naturopathic Doctor degree, is a Certified Clinical Nutritionist and a Homeopath, she is not licensed in California and does not prescribe drugs, medication or surgery i.e. does not practice Naturopathic Medicine in CA.

In 1994, Dr. Dale founded the International College of Naturopathy, Inc and when the new bill licensing Naturopathic Doctors was approved in CA, she voluntarily decided to change the name to “California College of Natural Medicine”, which is now non-profit 501c3.

In addition, Dr. Dale invented and formulated a naturopathic and homeopathic approach to re-educating the body to make its own hormones for the professional and retail market. This method includes homeopathic hormone rejuvenation transdermal creams and oral formulas as well. She has also developed a new saliva test based on Five Element Chinese Medicine.